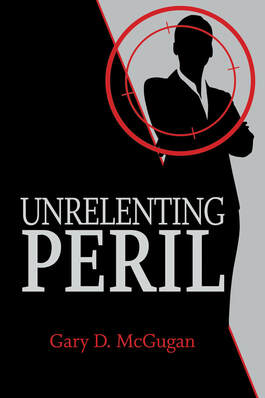 Click one of the links below to order or download your copy of Unrelenting Peril. Or ask your favorite book retailer to order in for you.

If you’d like a signed copy, click here.
Who is in the crosshairs of a crime syndicate called The Organization?

Howard Knight, its financial mastermind now in hiding? Perhaps Multima Corporation’s superstar Suzanne Simpson, who finds herself in precarious and uncharted territory? Is it Douglas Whitfield, an overconfident executive seeking to redeem himself? Or his promiscuous some-time lover, Janet Weissel?

In Unrelenting Peril, the leadership team of Multima Corporation desperately defends against clandestine attempts by The Organization to seize control of the company. Unexpected twists and turns rapidly emerge across four continents as a ruthless and determined plotter relentlessly strives to steal a successful, multinational company worth billions. The conflict creates a tale of immeasurable corporate intrigue.